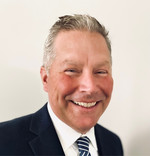 Robert M. Hayes has been the Chief Executive Officer and director for Sharps Technology since September 2021. Before joining the Company, he served as Senior Director of Product Management and Innovation and other roles with Gerresheimer Pharmaceutical Glass from 2010 to 2021 where he led commercial sales and strategic partnerships with top global healthcare companies. He has over 25 years’ experience in the healthcare, medical device, and pharmaceutical manufacturing industry. Mr. Hayes received his Bachelor of Business Administration from University of Toledo. Alan R. Blackman is a Co-Founder of Sharps Technology since 2017. Commencing in December 2016 and prior to Sharps Technology, he began working with Barry Berler, the inventor of what is now the Sharps Provensa Ultra- Low Waste smart safety syringe. He serves as the Company’s Co-Chairman of the Board since 2021 and has served as a Board Member and Secretary since inception. He is also the Company’s Chief Investment Officer and Chief Operating Officer. Prior to his involvement with Sharps Technology, Mr. Blackman was an investor in the medical device industry. His medical device experience has included cold sterilant technology, infra-red technology for the diagnosis of deep vein thrombosis, programmable cardiac event monitoring, doppler technology and specialty sutures (surgical stapling). Mr. Blackman received his Bachelor of Science degree from Long Island University. 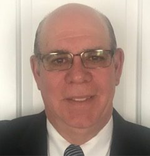 Andrew R. Crescenzo has been Chief Financial Officer for Sharps Technology since May 2019 under a consulting agreement with CFO Consulting Partners LLP. Before joining the Company, Mr. Crescenzo served in various finance roles from 2006 to 2019 in biotech, manufacturing and distribution, including, CFO of United Metro Energy from 2014 to 2016; Senior VP of Finance of Enzo Biochem (NYSE:ENZ) from 2006 to 2014. Prior to 2006, he was an Executive Director from 2002 to 2006 and a Senior Manager from 1997 to 2002 at Grant Thornton LLP. Mr. Crescenzo is a Certified Public Accountant and received his Bachelor of Business Administration from Adelphi University. Barry B. Berler is Co-Founder, Inventor and Chief Technology Officer of Sharps Technology. In addition to inventing the Sharps Provensa line of safety syringes, he also oversees Research and Development, and manufacturing at the company. He has 20 years of experience in medical research and development for injection molds for safety syringe products and holds as inventor eight patents for safety syringe products. Mr. Berler has also been the President and CEO of Deluxe SunGroup, a management company, for the past 29 years, and previously served as the President and CEO of Smart Shield Safety Products from 2010 - 2016, Partner and COO of Devon Safety Products from 2005 - 2008, and President and CEO of Dispomedic from 1999 - 2005. Prior to his career in medical R&D, Mr. Berler completed officer school and served as a major in the Army Reserves of the Israel Defense Force and earned an engineering degree from Technion - Israel Institute of Technology. 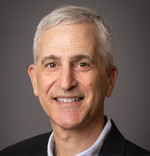 Steven Hertz joined Sharps Technology in 2018. Dr. Hertz divides his time with a continuing role as Chief of Vascular Surgery at Saint Barnabas Medical Center and Site Director of the Vascular Fellowship teaching program since 1993. He has extensive consulting experience for medical devices and previously served as President of the Vascular Society of New Jersey. Dr. Hertz earned his MD from Albert Einstein College of Medicine in New York and completed his Vascular Surgery training at the University of Pennsylvania.